What To Do About Traffic in Techno Park? 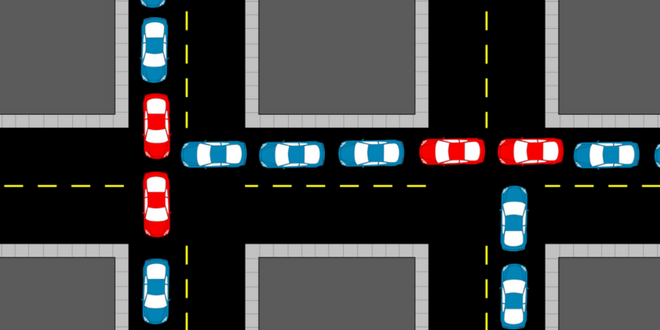 We’re not even past February yet, but already it feels as if a number of things may be getting better in 2018. For starters, Day Zero, which until recently had been creeping steadily closer (at one stage people were estimating March 3 as the most likely date for the taps to run dry), has all of a sudden begun to recede into the distance, like a mirage in the desert. At the time of writing it sits at June 4. With a bit of luck, and continued water-saving perseverance – and healthy spells of rain, of course – it may even not happen.

Likewise, after a decade of criminally poor leadership in the national government, the winds of change appear to be blowing. Again, with a bit of luck – and continued pressure from civil society, business leadership, opposition parties and brave journalists – the dark time of state capture may soon be a thing for the history books only.

One thing that does not seem to be getting any better at all, however, is the traffic problem. This holds true for Techno Park as much as for Stellenbosch and greater Cape Town Metropolitan areas, with Cape Town recently being measured as the most congested city in the country. The Western Cape’s popularity as a tourist destination may have something to do with that, as may the well-documented “semigration” to the area from other parts of the country over the past few years.

To make matters even worse, a noxious mix of vandalism, derailment and outright violence led to the closure of Cape Town’s central railway line in January, and in February two MyCiti bus stations in Dunoon were almost completely destroyed by protestors. Damage to vital public transport infrastructure in the Western Cape puts additional stress on roads that already feel as clogged, during peak traffic periods, as the arteries of a two-pack-a-day smoker.

While there are a number of long-term plans under consideration for improving the traffic situation in Techno Park, including upgrades to the current entrance at the R44, the sad reality – a reality that becomes sadder and more real every day as you stare through your windscreen at the vehicle inching forward at a pace of two metres a minute in front of you – is that in all likelihood the situation will not improve, unless we find ways to take collective responsibility for it, and come up with some plans to fix it.

That is why we would like to invite you, the Techno Park community, to mobilise or discuss or contribute ideas around the traffic problem as it becomes manifest in our corner of the Western Cape, in order to give shape and direction to the ways in which the Techno Park management body should be approaching the problem.

How does one go about solving a daily gridlock? In order to kickstart the conversation, we have come up with a few ideas that may (or may not) help:

Do you think that any of these ideas hold promise for easing congesting in Techno Park? Can you think of anything else that might work? We would like to encourage you not only to voice an opinion, but to actively encourage and participate in ventures aiming to improve the commuting experience for each of us coming in to work in Techno Park on a daily basis.

Maybe, with a bit of luck, some innovative thinking, and a good dose of community effort, we can find ways to push the days of gridlocked traffic further and further away from our present reality, like state capture and Day Zero.

Please feel free to comment, discuss and make suggestions on our Facebook page, or to get in touch via the contact page on our website. You can also e-mail your thoughts to info@technopark.org.za. Also, be sure to watch this space for news about community events around coming up with solutions to the traffic situation in Techno Park, among other things.

We look forward to hearing from you.