Raising the Bar: A Conversation with Weightlifting Champ Johanni Taljaard 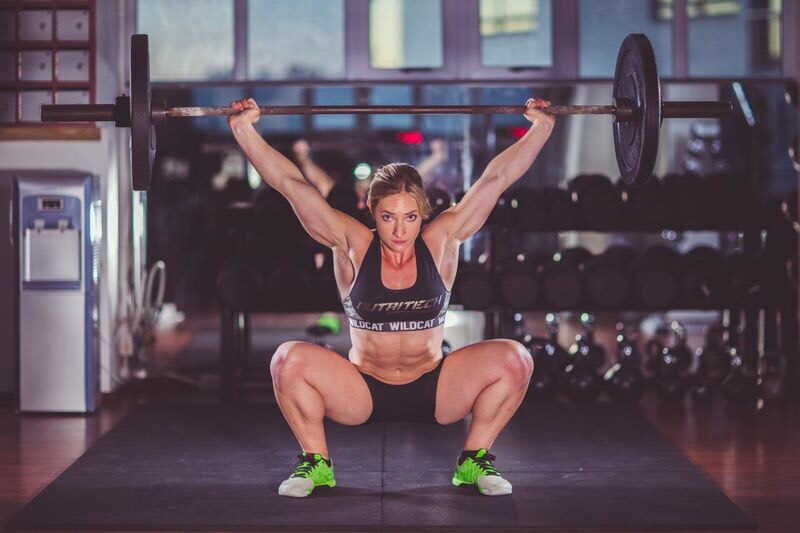 “In weightlifting, you get the snatch, and you get the clean and jerk. Those are the two movements. Snatching can be a bit more unstable, it’s easier to fail. Clean and jerk is more a strength-based move,” explains Johanni Taljaard, a Techno Park biokineticist and functional fitness trainer who represented South Africa in Olympic weightlifting at the Commonwealth Games in April this year.

We are having coffee at Techno Park’s Smulpaap, and Johanni is taking the time to explain the intricacies of the sport to me. “The instability of the snatch makes it scarier, but I love it more!” she says. “People don’t realise that weightlifting is an extremely technical sport. It’s not all about brawn: you need flexibility, you need strength, and you need speed. I have a mathematical brain, so the technicality appeals to me.”

Johanni has a background in gymnastics, which eventually led to her discovery of CrossFit as an ideal sport about four and half years ago. “Most sports offer either fitness or strength training. With CrossFit, you do intervals at high intensity, which means you get cardio as well as muscle training. You get strong and fit at the same time. I was hooked immediately,” she says. It was through competing in CrossFit that she became involved in professional weightlifting, and today she has her hands full juggling the two sports.

“It can be tricky balancing them, yes,” she concedes. “Weightlifting requires you to hone your technique, while CrossFit is more focused on fitness.” Combined with her biokinetics practice, and the functional fitness classes she offers at the gym upstairs – Techno Park’s Total Revolution Fitness (TRF) – time management is often an issue. “I have to train smart to make sure I peak for the right thing at the right time,” she says.

Up next for Johanni is the CrossFit Meridian Regionals, which will be held on the first weekend of June in Spain (go check out her crowdfunding page if you’d like to help get her there). After that it’s the African Weightlifting Championships in August in Mauritius, where she has to defend the title she won last year. Then, in November, she will travel all the way to Ashgabat in Turkmenistan to compete in the 2018 Weightlifting World Championships. When I ask her if she will go to the next Olympics (2020 in Tokyo), she says she needs to check the criteria for qualification, but that it is certainly something that features strongly in her planning.

Although there is more money in CrossFit, which has an enormous online following, Johanni says that the prestige of representing your country – something that is not possible in the competitive structure of the annual CrossFit Games – draws her strongly to professional weightlifting. “It was really fantastic to get a taste of what a professional athlete’s life is like in the village on the Gold Coast [at the Commonwealth Games],” she says. “Absolutely everything was catered for – from food courts and smoothie bars to saunas, gymnasiums and physiotherapists.”

While athletes from other countries generally have entire teams of coaches, managers and other professional assistants behind them, the weightlifting team in South Africa only has one coach. That is why, says Johanni, the support of her husband is incredibly important to her. “He keeps my mind strong, or he’ll give me a massage after a tough session. Sometimes he also tries to coach me, but that never goes very well,” she jokes.

The Techno Park community is fortunate to have an athlete of such prowess in their midst, especially since Johanni shares her expertise and experiences year-round in the Functional Intense Training (FIT) classes – a non-affiliated version of CrossFit – she offers at TRF in Electron Street.

She says she enjoys introducing the corporate and technical types in Techno Park to the extraordinary body and wellness benefits of the type of training she does. “These guys are sitting behind a desk all year long, and if it keeps going for a while they basically become non-functional,” she says. “We can help them get strong for daily life right here in Techno Park, which means they can pop in over lunch time, or even better yet, they can come for a session while they wait for the traffic to calm down after work. They don’t have to sacrifice valuable home time in order to get fit.”

For women especially it is immensely empowering when they realise they don’t have to rely on their husbands or partners to do everything for them, says Johanni. The classes are structured so that different people at different levels of fitness all train together, from pros to beginners, which makes for a very sociable environment.

So next time you find yourself struggling to replace the water cooler in these drought-stricken times, remember that a fun, active and functional lifestyle change is much closer than you think: Techno Park’s own Johanni Taljaard, one of South Africa’s top weightlifting and CrossFit champions, is around the corner to lend you a hand.

We wish Johanni all the best for the strenuous competitive schedule that lies ahead of her, and look forward to hearing more about her achievements in the coming months.