Navigating uncertainty with a Stoic mindset 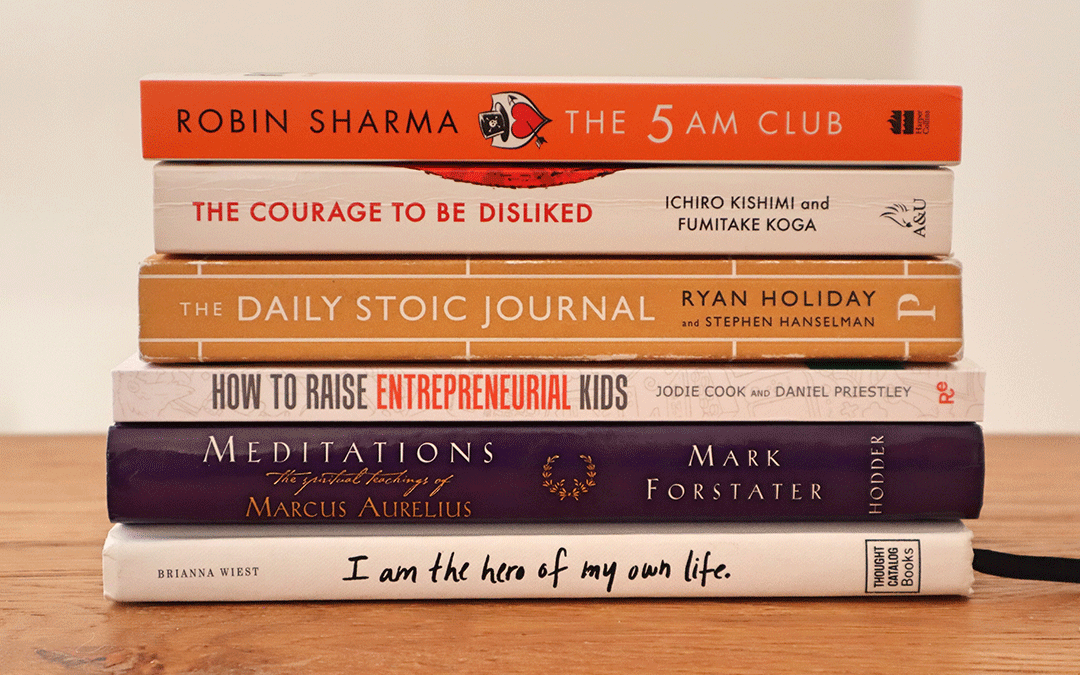 Dealing with uncertainty is a central part of running a business. But an inability to effectively navigate life’s unknowns can lead to worry and distress. How can you go about acting decisively when you feel your destiny is out of your control? Stoicism is a philosophical practice built on tenets of self-control and fortitude, and it could hold some relevance for these uncertain times.

The anxiety of our times

Are you feeling a bit anxious about the times we are living in?

With an unprecedented access to information, the daily bombardment of bad news is bound to leave one despondent. From impending economic recession, climate change and socio-political unrest, to job insecurity and cost-of-living struggles – any and all of these contribute to a sense of uncertainty.
But how do you go about steering your ship in a sea of uncertainty?

Whether it is running a business, navigating the new landscape of work, or embarking on a new career path, how can you go about making decisions when you are not sure what the future may hold?

A well-known and ancient school of thought that has become widely popular in self-help articles, motivational videos and mental health conversations is Stoicism. Stoicism is a philosophical practice considered to be a complete way of life. It is built on tenets of self-control and fortitude, and it could hold some relevance for these “unprecedented times”.

As Julie Beck, senior editor at The Atlantic, notes:

[O]ne of the downsides of the mostly awesome phenomenon of human consciousness is the ability to worry about the future.

We all, as a rule, prefer certainty over uncertainty. For example, people would rather definitely get an electric shock now than maybe be shocked later, or demonstrate a greater nervous-system activation when waiting for an unpredictable event.

Uncertainty, according to Aoife O’Donovan, associate professor of psychiatry at the UCSF Weill Institute for Neurosciences, is among the most insidious stressors we experience as human beings. At its most basic, uncertainty is the brain trying to take a course of action when it does not know what is going to happen.

If you throw a threat into the mix, you get anxiety.

Mazen Kheirbek, associate professor in UC San Francisco’s Department of Psychiatry and Behavioral Sciences, explains that anxiety is an emotional response to a perceived threat that’s not actually there in front of you. The worrying induced by thinking about such possible future threats can in turn be a catalyst for anxiety. According to Beck, if the object of worry was completely predictable, or void of ambiguity, it would induce fear rather than anxiety. Therefore, situations that are void of certainty are a breeding ground for anxiety, depending on how well a person is able to tolerate uncertainty.

In 1994 a group of Canadian researchers developed the Intolerance of Uncertainty Scale (IUS). The scale measures a person’s affinity to predictability and their reactions to uncertainty. It was found that that the higher the level of intolerance of uncertainty (IU), the more prone a person would be to worry.

Moreover, people with a high IU have been found to:

Depending on your affinity to uncertainty, it is clear that a low tolerance for uncertainty can, even on the most superficial level, lead to negative consequences.

For entrepreneurs, this is especially important in terms of decision-making – the ability to choose one out of several alternatives and to act accordingly. Making decisions is a necessary step in the problem-solving process, as is acting decisively. But anxiety coupled with uncertainty can retard your decision-making ability, which in turn debilitates action.

So how can we go about managing our emotions in relation to uncertainty in order to become action-oriented and confident actors?

Managing uncertainty with a Stoic mindset

If uncertainty breeds anxiety, and anxiety is an emotional response to a perceived threat that is not actually in front of us, can we train ourselves to deal with uncertainty in a different manner?

According to Stoics such as Cicero, Epictetus, Seneca and Marcus Aurelius, one of the keys to living a happy life is found in responding, as opposed to reacting, to external circumstances.

The Stoics believed that although we can’t control what happens in life, we can control our perception of it. Happiness lies in being in control of, rather than under the control of, our emotions and thought processes.

“If you are distressed by anything external”, wrote Marcus Aurelius, “the pain is not due to the thing itself, but to your estimate of it; and this you have the power to revoke at any moment.” Applying a similar thought to his survival of the Holocaust and his experiences of interment in Nazi concentration camps, the Austrian psychiatrist Victor Frankl famously said:

Forces beyond your control can take away everything you possess except one thing, your freedom to choose how you will respond to the situation.

In his Meditations, Marcus Aurelius reminds us that our perceptions of events are the real source of anxieties we experience, not the events themselves. Aurelius notes:

Our actions may be impeded . . . but there can be no impeding our intentions or dispositions. Because we can accommodate and adapt. The mind adapts and converts to its own purposes the obstacle to our acting.

Finally, Aurelius turns uncertainty on its head with the following statement: “The impediment to action advances action. What stands in the way becomes the way.” In this sense, obstacles are both expected and transient. This idea empowers us to see any impediment as an opportunity for growth or new direction rather than a threat.

An attentive mind, according to the Stoics, can filter and revoke unhealthy thoughts, and consequently, unhealthy behaviours. However, as founder and CEO of Auth0, Eugenio Pace notes:

[T]he best advice I have for liberating yourself from anxieties that make you less happy and productive is simple: Stop worrying about what you can’t control … It sounds easy in concept but can be difficult in practice.

Dealing with uncertainty is therefore an every-day mental practice of trying to understand yourself, what is important to you, and what values you wish to embody in your life.

This Stoic mindfulness involves paying attention to the present moment as it is and not as we either fear or wish it to be.

The ultimate goal is to cultivate calm by priming your mindset and setting yourself free from the control that external factors have on your emotions. To focus on the things you can control with positive action, in a manner that is aligned with your personal values, and walk an authentic path free from fear and anxiety.