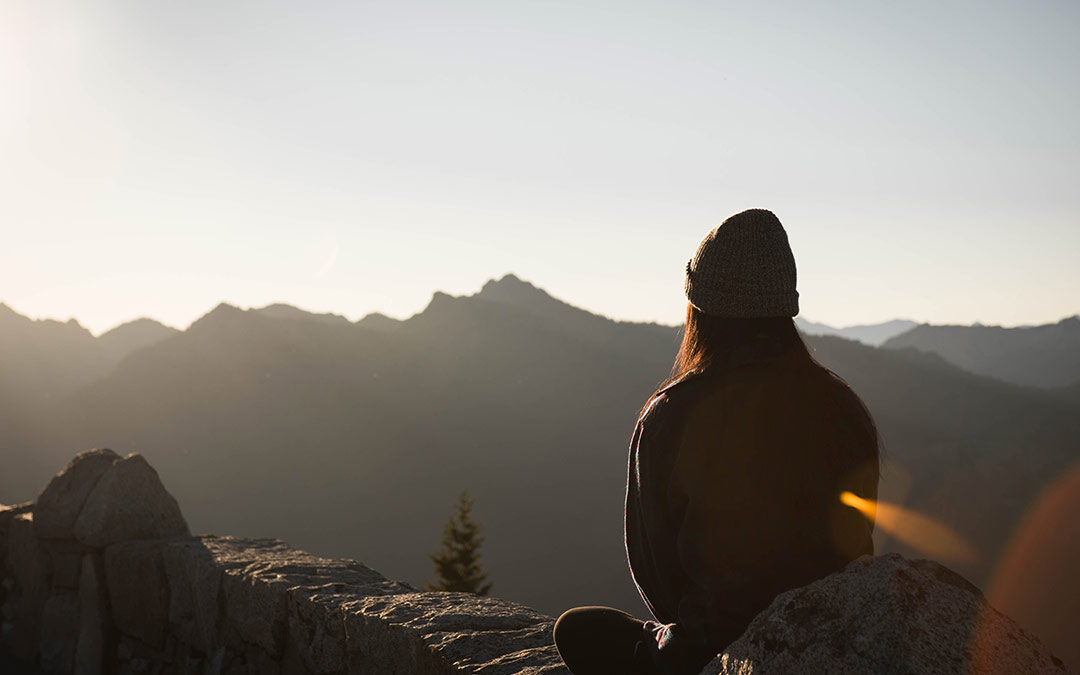 The stress response has historically helped the vulnerable human species survive in a volatile world filled with danger. However, in our interconnected and high-paced phase of modernity, people increasingly find it difficult to put the brakes on stress. Chronic stress leads to life-threatening physical and mental health problems. In this article we briefly unpack the stress response and then look at how the relaxation response offers a helpful solution.

Stress is a normal part of life. It is our bodies’ natural response to pressure that can be triggered by a multitude of stimuli. From real or perceived threats of physical harm to existential destabilisations of the self, when we encounter stressors, our bodies produce stress hormones. These hormones trigger an automatic physiological reaction, the so-called stress response, otherwise known as fight or flight.

Fight or flight was first described by the American physiologist Walter Bradford Cannon in his book Bodily changes in pain, hunger, fear and rage (1915). Cannon noted that this evolutionary adaptation was integral in helping humans and other mammals survive threatening situations by readying the body to fight or escape.

The following sequence serves as a very basic illustration of how the stress response unfolds when a stressful event is experienced:

Stress is a double-edged sword. The right amount of stress can be very helpful. Good stress can actually help us to push through fear or pain, to conquer the unknown, or to facilitate creative problem solving.  In such cases, our stress hormones, such as adrenaline and cortisol, usually return to normal quickly once the stressful event is over.

Too much stress over a sustained period of time can, however, be dangerous. It can trap us in a permanent stage of fight or flight, leaving us overwhelmed or unable to cope. Overly frequent, intense, or inappropriate activation of the fight or flight response is implicated in a range of clinical conditions including both physical and psychological disorders. As noted by Bruce McEwen:

[W]hat really affects our health and wellbeing are the more subtle, gradual and long-term influences from our social and physical environment – our family and neighbourhood, the demands of a job, shift work and jet lag, sleeping badly, living in an ugly, noisy and polluted environment, being lonely, not getting enough physical activity, eating too much of the wrong foods, smoking, drinking too much alcohol. All these contribute to allostatic load and overload through the same biological mediators that help us to adapt and stay alive.

So, while the stress response has historically kept us alive and helped with human evolution, many people are unable to find a way to put the brakes on stress. Chronic low-level stress keeps the HPA axis activated for too long. After a while, this has an effect on the body that contributes to health problems such as high blood pressure, suppressed immune systems, anxiety and depression.

So how can one go about learning to control stress? The answer lies in another physiological response – relaxation.

In 1975 Herbert Benson, a Harvard physician, and Miriam Z. Klipper published their seminal work, The Relaxation Response. In this book, the authors unpacked the scientific benefits of relaxation in addressing a wide range of stress-related disorders. The book builds on Benson’s research on transcendental meditation in the 1960s and 1970s. In their book, Benson and Klipper show that people who meditate regularly also display lower stress levels, increased wellbeing, and even were able to reduce their blood pressure levels and resting heart rate. Benson, who later founded Harvard’s Mind/Body Medical Institute, ultimately worked towards demystifying mediation and repackaging it for the Western audience under the name “the relaxation response”.

Benson describes the relaxation response as a state of profound rest that acts as the opposite to the fight or flight response. It serves to engage the parasympathetic nervous system to counteract the physiological effects of stress, helping to bring the body back to pre-stress hormonal levels. Research has shown that regular use of the relaxation response can help counteract health problems that are caused or exacerbated by chronic stress, including fibromyalgia, gastrointestinal ailments, insomnia, hypertension and anxiety disorders, to mention a few.

There are many techniques that can be harnessed to elicit the relaxation response including mindfulness, meditation and yoga. However, Benson’s simple technique is easy to follow, requiring nothing more than 20 minutes of your time and your commitment.

1. Sit quietly in a comfortable position and close your eyes.

2. Deeply relax all your muscles, beginning at your feet and progressing up to your face. Relax your tongue and let your thoughts pass over you. Do not fight them, but do not follow them.

3. Breathe through your nose. Become aware of your breathing. As you breathe out, say the word “one” silently to yourself. For example, breathe in, and then out, and say “one”, in and out, and repeat “one.” Breathe easily and naturally.

4. Continue for 10 to 20 minutes. You may open your eyes to check the time, but do not use an alarm. When you finish, sit quietly for several minutes, at first with your eyes closed and later with your eyes opened. Do not stand up for a few minutes.

The key is to not worry about whether you are successful in achieving a deep level of relaxation. Stressing about not stressing is counteractive. Maintain a passive attitude and permit relaxation to occur at its own pace. When distracting thoughts occur, try to ignore them by not dwelling upon them and return to repeating “one”. Benson advises practising the technique once or twice daily, but not within two hours after any meal, since the digestive processes seem to interfere with eliciting the response.

Like anything in life, relaxation requires practice. Our minds are geared towards action, so we need to learn to be passive. It does not matter which technique you choose to explore relaxation – the key is to be consistent, making it a practice that is easily integrated into your daily life. Modern life has conditioned our minds to absorb and even be addicted to daily low-level stress. It will therefore take a concerted effort to recondition the mind and cultivate a balanced approach to life.